Edward Lear: JOURNAL OF A LANDSCAPE PAINTER IN GREECE AND ALBANIA - part 10 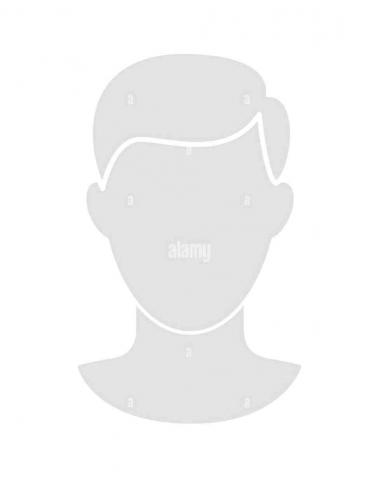 It rained hard all night and at 10 A.M. (when we should have been going up to the Pasha’s dinner) torrents descended, with violent thunder and hail. Towards eleven it held up a little, so as the invitations of three-tailed Pashas are not to be neglected, I set off to the Vice-Consul’s taking Giorgio, with a supply of shoes, linen, and cloth clothes as a remedy against the wetting there was small chance of escaping. Whereupon, fresh storms commencing, Signor Bonatti, myself, the Dragoman Pazzini and a Kawas, all rushed desperately through the falling torrents, by odious paved paths to the castle, arriving there in a perfect deluge. Having changed our dress, the time till dinner was served (about noon) passed in continual repetitions of sherbet, sweetmeats, pipes, and coffee, the Pasha being always very lively and merry.

Osman Pasha affects European manners, and (to my great relief) we all sat on chairs round a table; a Bimbashi (or captain on guard) appearing about as much at ease in his new position as I had done when it that of the natives. As for the legion dinner, it is not to be described. I counted up thirty-seven dishes, served, as is the custom in Turkey, one by one in succession, and then I grew tired of reckoning (supposing that perhaps the feast was going to on all day) though I think there were twelve or fourteen more. But nothing was so surprising as the strange jumble of irrelevant food offered: lamb, honey, fish, fruit; baked, boiled, stewed, fried; vegetable, animal; fresh, salt, pickled; solid; oil, pepper; fluid; sweet, sour; hot, cold – in strange variety, though the ingredients were often very good. Nor was there any order in the course according to European notions – the richest pastry came immediately after dressed fish and was succeeded by beef, honey, and cakes; pears and peaches; crabs, ham, boiled mutton, chocolate cakes, garlic, and fowl; cheese, rice, soup, strawberries, salmon-trout, and cauliflowers – it was the very chaos of a dinner! Of those who did justice to the repast I was not one; and fortunately it is not considered necessary, by the rules of Turkish etiquette, to do more than taste each dish; and although the Pasha twice or thrice helped me himself, it is sufficient to eat the smallest atom, when the attendant servant removes your plate. As for drink, there were marsala, sherry, hock, champagne, Bass’s pale ale, bottled porter, rakhi, and brandy – a large show of liquor in a Mohammedan house; nor did the faithful seem to refrain particularly from any fluid; but there was no unbecoming excess, and as is remarkably the case with Turkish manners, quiet and order were observable throughout the festivity. Only the Bimbashi, a heavy, dull man, seemed marked out for practical jokes, and they made him take an amazing mixture of porter and champagne, assuring him it was a species of Frank soup, which he seemed to like little enough. As the entertainment draws to a close it is polite to express your sense of the host’s hospitality by intimating a sense of repletion, and, by pointing to your throat, the utter impossibility of eating any more; and perhaps the last delicate act of complimentary acknowledgement, which it is not easy to describe otherwise than a series of remarkable choral ventriloquim, was the queerest and most alarming trait of the whole fete. On the whole, there was much to amuse, though I should not like to dine with Pashas often. Osman Pasha surprised me by his questions concerning Ireland, Scotland, the game laws, etc., and appeared to have read and understood a good deal about European nations. After dinner, I amused him greatly drawing one or two of his attendants, and should have obtained the portraits of more, had not the Mufti, or Mollah, or Cadi, in an orthodox green and white turban, been suddenly announced, a visit which put a stop to my unholy pastime. At six we came away. How disagreeable the raised pavement of Skodra is none but those who have slipped off it into deep much and water every five minutes can tell.

An April day of sun and showers. Early I went to the Consul’s, to make a drawing of a Gheghe chief, Abdullah Bey, who was magnificently attired in a full suit of scarlet and gold; and afterwards one of Calliope Bonatti, the Consul’s second daughter, a very pretty girl, who good-naturedly sat to me in a bridal Scutarine dress which Madame Bonatti had most obligingly borrowed. No toilet can be more splendid; purple silk and velvet, elaborately embroidered in gold and silver, form the outer garment, the patterns worked by hand with the greatest taste; two or three undervests covered with embroidery, full purple trousers, innumerable chains of gold and silver coins and medals, with a long white veil, complete the costume, excepting several coloured silk handkerchiefs which are sewn inside the outer vest and have a tawdry and ill-arranged look when compared with the rest of the dress. This gay attire is only worn on great fete days, or on marked occasions, such as marriages and christenings.

The Consul and his wife are in great distress about the ways and manners of Skodra, as to face-hiding, for, since Christian as well as Mohammedan women conceal their faces, non woman can stir out unmasked without receiving some insult, as indeed to appear barefaced marks total loss of character. Consequently, Mesdemoiselles Bonatti do not like to go out under such risk of reproach, while, on the other hand, their mother will not allow them to wear the yashmak; for she says: ‘Are you not Christians? And why should you be ashamed of showing your face?’

Their being one of the few families here professing the Greek form of Christianity probably makes this objection stronger; and the result of this difference of opinion is that the young ladies never leave the house at all, from one year’s end to another. Bitter complaints of Skodra as a residence may be heard on all sides. The clashing of various races, religions, and castes must render it an odious abode; while alarms and feuds, risk of property and life, hatred and petty warfare, prevail among all.

At 1. A.M. dinner was served at the Vice-consular table, the only guest being Antonio Summa the merchant, a very good specimen of his order. Of the host and hostess it would be difficult to speak too favourably. The eldest daughter alone is wedded to Skodra fashions; and the being obliged to appear in the company of men was evidently a great pain to the unfortunate girl, who with difficult refrained from crying if looked at or spoken to; so strong is the force of habit.

At four we adjourned to the house of Antonio Summa – a substantial building in a large courtyard, all the appurtenances about which indicated opulence and comfort. The usual compliments of pipes, coffee, and lemonade were gone through, and I made a drawing of the worthy merchant in his Skodra costume; but on his younger brother coming in (both were men of about forty years of age), and requesting to be sketched also, I for want of paper, was obliged to make a small though accurate portrait of him on the same page as that on which I had drawn his eldest brother, on a larger scale.

‘O, santo cielo!’ said the younger, in a fury of indignation, when he saw the drawing; ‘why have you done this? It is true I am the youngest, but I am not smaller than my brother; and why should you make me so diminutive? What right have you thus to remind me of my inferior position? Why do you come into our house to act so insultingly?’

I was so amazed by this afflicting view of my innocent mistake that I could hardly apologise when the elder brother took up the tale.

‘I, too,’ said he, ‘am vexed and hurt, O Signore! I thought you meant well; but if you think that you win my esteem by a compliment paid at the expense of the affection of my brother, you are greatly mistaken.’

What could I say? Was there ever such a lesson to unthinking artists in foreign lands? I had made two enemies by one sketch, and was obliged to take a formal addio, leaving the injured brothers bowing me out with looks of thunder.

A settling regarding horses and luggage, and the procuring a fresh supply of money in bills, on Avlona and Yannina, at the hospitable Casa Bonatti, concluded my fourth and last day in Skodra.