Edward Lear: JOURNAL OF A LANDSCAPE PAINTER IN GREECE AND ALBANIA - part 11 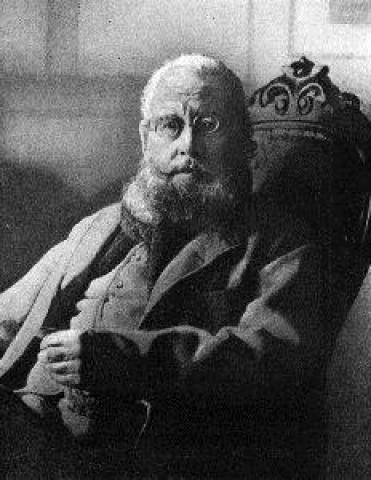 During the night a shrill and wild cry echoes through the forest several times and the barking of distant dogs follows it. This proceeds from shepherds who perceive the vicinity of a wolf by some movement of the flock and there-upon alarm their watch-dogs.

With morning comes the reflection that I must go to Tirana tonight, and no farther – perhaps even to that very foulest of pigsties with the circulating Dervish seen through the hole in the wall.

The day begins badly, according to Giorgio’s way of regarding omens; for, firstly, as he has made an admirable basin of coffee, with toast, a perverse hen, either owing to the infirmity of a near sight or a spasmodic presentment that she should one day become broth in a similar piece of earthenware, suddenly came down from the rafters above with a great shriek and flutter into the well-filled breakfast platter, upsetting coffee and toast together into the fire in her efforts at self-extrication. Giorgio meekly prepared to make it all over again; but, said he, a day so commenced must have other ill luck in it before sunset. Secondly (and consequently), the horses being all in starting trim – when an obese buffalo foolishly persisted in walking all among then into the centre of the khan, and when the alarmed beasts put themselves, us, and the luggage in jeopardy, amid a fearful confusion of flying fowls and barking dogs, then Giorgio saw the spell of ill luck at work, and foreboded more evil ere we reached Tirana. Thirdly, on starting, down came the rain, and for a long time we could only advance at the very slowest rate through the thick forest, athwart pendant vines and dense foliage, beaten down across the narrow pathways. The day, however, cleared and we soon entered beautiful undulating wood scenes, where paintings of Hobbima or Swanveldt start to life at every moment; such were the tall and spreading, or light fairy-like oaks, with misty grey distances of hanging foliage on the green hills below Kroia, seen through opening boughs, while below were red winding paths amid a carpeting pf dear old English fern: most lovely were these scenes. At half past eight the khan of Presa was passed on the right, and after two and a half more hours of riding over alternate wooded undulations or flat ground, we arrived at the khan where, on September 29th, I had drawn majestic Kroia, soaring high over the plain on the opposite mountainside. Poor little Ali Bey! Perhaps he is yet sitting in his corner, meditating on tik-a-tok, squish-squash, A, B, C, etc. Here I halted to dine and ruminate on cold veal – wasps – and clouds; the first I eat, the second I killed as fast as may be; the third grew hideously black and threatened the most violent of storms.

At two we were again on the road; the curtain-clouds above the hills gradually lost their outline and draw a gradual grey veil over all nature and torrents soon fall. Lucky have I been to get drawings of Kroia before this wet season’s commencement! Few intervals of light or of cessation of rain ensued; and long before Tirana was reached I was drenched thoroughly; it was some consolation that we had really good horses and an active, good-natured Soorudji, so that we galloped on at a great rate.

Luckily, too, a better khan was found on this than at our last visit to Tirana, since only a part of its broken roof admitted the rain and the walls were tolerably sound. Clearly it is my best plan to make for the south without delay, for the great rivers and swampy land of these Gheghe regions will shortly become totally impassable, and who can tell how long one may be detained among them? Had I remained at Alessio , this afternoon’s rain must have rendered the Mathis, and the marshy copse, a bar to all further progress for the present.

It is 4 A. M. and the Muezzins chant, so plaintively beautiful in these wild North Albanian places, awakes me. There are other symptoms too of approaching day peculiar to these places; none more so than the incessant tremulous cackle of numberless gees. At seven, spite of the threatening looks of cloud, we prepare for a start; the smallness of this smoky den – for den is the mildest term that can be applied to even this, the best khan here – prevents anything being dried and one may just as well be making progress in wet clothes as sitting still in them. Yet it is nine o’clock before horses come, by reason of the postmaster being in the bath as before – this delay is the more undesirable, inasmuch as that there is every prospect of fresh storms ere we can finish our day’s journey. Durazzo is the next place in my route, as I plan to return southward by the coast, striking inward only at Berat, whence at Avlona, and thence if it be possible, to Acroceraunia – the great point of novelty in the tour. Shortly after leaving Tirana, we overtook and joined company with a Mohammedan Albanian of that town. He calls it but eight hours or less to Durazzo, though you pay post for nine. This Osman, who speaks Italian, is diffuse on his domestic circumstances – he talks of how much substance he had collected during twelve years’ service with a Trieste merchant – of what property speculation had since procured him – buffali, terre, cavalle, and two wives; and hints that one grows old, and that he should shortly get a third. After two hours’ riding we crossed a wide river by a fine stone bridge, built, according to our Albanian companion, by a Trieste merchant of Tirana, and shortly afterwards we rode into the river itself, the bed of which occupies all the narrow valley down which we proceeded, the broad but shallow stream winding from side to side, so that before we arrived at Dirocchio, we had passed it eight times – always an unpleasant task. At Dirocchio, a scattered village among olive grounds, the banks advance, and the river runs between high cliffs; in another half-hour the valley widens out towards the sea, into which, as we rose over heights commanding a broad view of the coast, the silver stream can be traced by its white torrent track. There was now a high and barren range of hills to cross along the sides of which, deeply indented into hollows, runs a pathway so narrow , that had it rained the slippery clay soil would have prevented the surest footed beast from making progress; for in parts eight inches of slanting earth were all the foot had to depend on and I looked down the deep-shelving abyss with a conviction that I might be better acquainted with it before long, the rather, that towards the summit the horses’ nerves were miserably troubled by the ferocious attacks of some fourteen or fifteen dogs, who saw us from afar off and expended a most unnecessary amount of labour and breath in crossing a deep ravine before they reached us. When we arrived at length at the highest point the view was very beautiful, and with a wide expanse of blue sea stretching southward to the plains of Kavaya, and northward to the long slender promontory of Durazzo, on the point of which stands the ancient castle of that once important city; and doubtless there was much more of extended distance now hidden by heavy cloud and mist. A rapid descent brought us to the shore; and a gallop on the smooth sand was no bad contrast to the tiresome hill-path.

By four (a seven hours’ journey after all) we reached a large khan standing in a suburban street outside the walls. The town itself has now shrunk to the dimensions of a single street running to the end of the promontory and overlooked by the massive grey towers of the castle, which are built on considerably higher ground. Towards these I speedily set out to procure a good view of Dyracchium. The castle is a building apparently Norman, though much patched and repaired, its fortifications extend down the hillside to the water’s edge, where they join the town walls, and in various parts of them I observed armorial shields having owls carved on them in basso-rilievo. The combinations of scenery around are very elegant and delightful and extremely unlike any Albanian view I had yet seen. At this point I thought I was safe from intruders but all the children of the town soon espied me, and climbed up to my retreat, so that I was surrendered by a host of red-capped, red-robed urchins all calling out, ‘Capitagno! O capitagno! Para! Para! ’ I adopted one as guide and safeguard against the rest of his brethren, promising paras [a small Turkish coin] on returning to the khan; whereon, armed with a little brief authority, he dealt promiscuous blows among his brethren, and kept them at a respectful distance. My sketch finished, I went down to the town, and entering the gates, walked through the single street of modern Durazzo which occupies nearly the whole of the narrow point of land projecting into the sea, and ending in a mole. The houses here are far neater than in the interior of Ghegheria; and although the line of bazaars was as usual partly covered over, it was with rich pergolata of vine-trellis, not with old mats – a substitute which gave an Italian air to the scene. The tradespeople, too, seem to speak Italian – whether from commerce with the opposite coast, or from old links of former Venetian existence., I know not.

As I walked down the bazaars nearly everybody spoke to me – an odd contrast to the savage indifference of Elbasan or Tirana – and mostly with complete familiarity, as if I had been an old acquaintance. ‘Ah, Signor Capitano!(for the knowledge of foreign parts being confined at Durazzo to the medium of captains – omne ignotum pro capitano). Come stai, Capitano? Donde vieni, caro Capitano mio? Ode sei?dove vai? Comprate qualche cosa, etc.’ at the end of the bazaar-street is a fortress, through which a quay is reached, where a Turkish garrison were smoking. The Bimbashi or Captain desired to interrogate me, merely looking at my teskere as a matter of form, and asking sundry news about the malattia of Salonica – whether it was coming that way, etc. – the first I had heard of it since we left Yannitsa. The familiar people of Durazzo nevertheless inveigled me into purchasing some of their wares before I quitted the town, of which one oke (three pounds) of walnuts and apples, though costing one penny only, was not a sample of excellence. Returning to my cell in the khan, to supper, I was greatly charmed by the singing of a man in the street (according to Giorgio, a Slavonian of Montenegro), who appeared to enthral the whole neighbourhood by his tuneful voice, and I regretted not being able to take down, otherwise than very imperfectly, the wild and strikingly beautiful airs he sang. His audience seemed to the highest degree enthusiastic, and frequently interrupted him with applause, forcing him to repeat many verses. But there is a musical atmosphere in Durazzo, and I hear many melodious hummings, of which most of Albania seems guiltless.