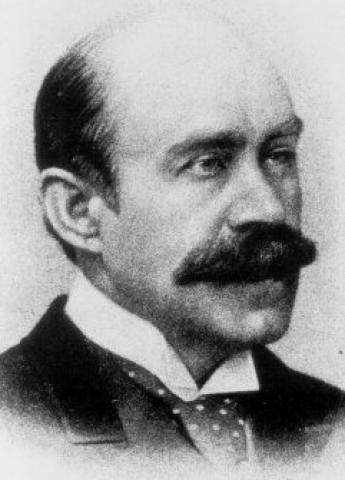 It was a winter-scene, by Adrian van de Velde, or by Isaac van Ostade. All the delicate poetry together with all the delicate comfort of the frosty season was in the leafless branches turned to silver, the furred dresses of the skaters, the warmth of the red-brick house-fronts under the gauze of white fog, the gleams of pale sunlight on the cuirasses of the mounted soldiers as they receded into the distance. Sebastian van Storck, confessedly the most graceful performer in all that skating multitude, moving in endless maze over the vast surface of the frozen water-meadow, liked best this season of the year for its expression of a perfect impassivity, or at least of a perfect repose. The earth was, or seemed to be, at rest, with a breathlessness of slumber which suited the young man’s peculiar temper. The heavy summer, as it dried up the meadows now lying below the ice, set free a crowded and competing world of life, which, while it gleamed very pleasantly russet and yellow for the painter Albert Cuyp, seemed wellnigh to suffocate Sebastian van Storck.

Yet with all his appreciation of the national winter, Sebastian was not altogether a Hollander. His mother, of Spanish descent and Catholic, had given a richness of tone and form to the healthy freshness of the Dutch physiognomy, apt to preserve its youthfulness of aspect far beyond the period of life usual with other peoples. This mixed expression charmed the eye of Isaac van Ostade, who had painted his portrait from a sketch  taken at one of those skating parties, with his plume of squirrel’s tail and fur muff, in all the modest pleasantness of boyhood. When he returned home lately from his studies at a place far inland, at a proposal of his tutor, to recover, as the tutor suggested, a certain loss of robustness, something more than cheerful indifference of early youth had passed away. The learned man, who held, as was alleged, the doctrines  of a surprising new philosophy, reluctant to disturb too early the fine intelligence of the pupil entrusted to him, had found it, perhaps, a matter of honesty to send back to his parents one likely enough to catch from others any sort of theoretic light; for the letter he wrote dwelt much on the lad’s intellectual fearlessness. “At present,” he had written, “he is influenced more by curiosity than by a care of truth, according to the character of the young. Certainly, he differs strikingly from his equals in age, by his passion for a vigorous intellectual gymnastic, such as the supine character of their minds renders distasteful to most young men, but in which he shows a fearlessness that at times makes me fancy that his ultimate destination may be the military life; for indeed the rigidly logical tendency of his mind always leads him out upon the practical. Don’t misunderstand me! At present , he is strenuous only intellectually; and has given no definite sign of preference, as regards a vocation in life. But he seems to me to be one practical in this sense, that his theorems will shape life for him, directly; that he will always seek, as a matter of course, the effective equivalent to --  the line of being which shall be the proper continuation of – his line of thinking. This intellectual rectitude, or candour, which to my mind has a kind of beauty in it, has reacted upon itself, I confess, with a searching quality.” That “searching quality,” indeed, many others also, people far from being intellectual, had experienced  -- an agitation of mind in his neighbourhood, oddly at variance with the composure of the young man’s manner and surrounding, so jealously preserved.

In the crowd of spectators at the skating, whose eyes followed, so well-satisfied, the movements of Sebastian van Storck, were the mothers of marriageable daughters, who presently became the suitors of this rich and distinguished youth, introduced to them, as now grown to man’s estate, by his delighted parents.